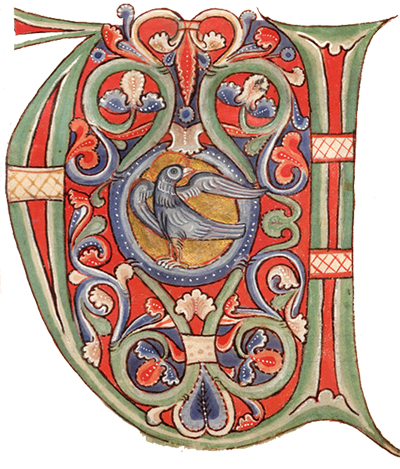 Mediaeval music manuscripts and fragments of the Austrian National Library

Detailed information can be found in separate databases. Firstly, the project database (367 data sets and about 14.500 images) of mediaeval sources with notation covers both liturgical and secular monophonic and polyphonic music. It contains complete codices and parts of manuscripts. As an addition detailed descriptions of the complete codices are downloadable as pdf-files.


Information on the many fragmentary sources (675 fascicles with about 2.000 images) are part of a separate fragment database.

In the bibliographical and chant databases more detailed information on the various sources is summarized.

The so called Schneider database (1.658 data sets) provides indications from the handwritten catalogue of music manuscripts by Constantin Schneider (1928), which in addition to the music manuscripts mentioned above contains sources from later centuries as well as music theory and musical-dramatic works. Schneider saw the value in also emphasized conographic illustrations of musicians and musical instruments in the manuscripts of the OeNB.

Another database contains information on the approximate 683 liturgical manuscripts without musical notation from the inventory of the Collection of Manuscripts. The data have been extracted from the TABULAE catalogues (Cod. 1-15.000), the printed catalogues of Series nova (Ser.n. 1-4851 and 9249-9999) and the online-catalogue HANNA (remaining inventory of Series nova).

The databases can be browsed by simple and advanced search.

Several data sets do not only offer basic information on the manuscripts but links to further infor-mation such as the TABULAE-, HANNA- and Series-nova-catalogues, the Schneider-catalogue or the de-tailed descriptions regularly updated and prepared by the project staff.

Further research is offered with the notation database. Ideal for non-musicologists, it shall be an aid to describe and classify mediaeval notations.