ÖNB: The choirebooks of the so called Alamire group 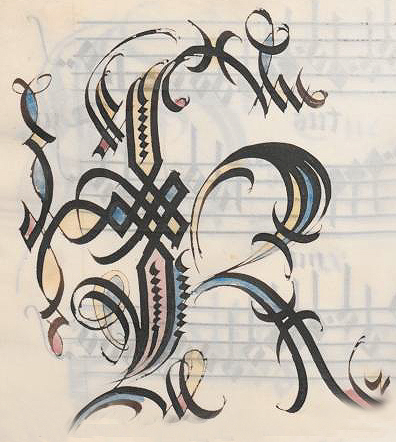 Around 1500, a Burgundian-Habsburg court was headed by Philip the Fair and Margaret of Austria in Mechelen, Belgium. A large body of musical manuscripts, of which about 50 are still extant today, was prepared in the period between ca.1500-ca.1535 by a scriptorium that was connected to this court. These lavish manuscripts were prepared for members of the Burgundian-Habsburg family and their acquaintances, for example Maximilian I, or individuals working for the court, like the members of the Fugger Family from Augsburg, Germany. The ÖNB possesses 13 manuscripts from this body.

Previously, musicology has connected these manuscripts with Petrus Alamire, a singer and diplomat at the court in Mechelen. Hence, the manuscripts are known as the "Alamire-manu­scripts." However, lately doubt has been casted on the actual relation between Alamire and the scriptorium, as it seems that ties were not very strong continuously during his active period. For instance, it is now clear that over half of the manuscripts were prepared between 1516 and 1520, when Alamire was travelling constantly (SAUNDERS 2010a, 183-184). A survey of the scribal hands, made by Flynn Warmington, shows that Alamire only contributed to 6 to 14 manuscripts (KELLMANN 1999, 52). His signature and name appear in 6 manuscripts that are, by chance, all in the ÖNB. The other scribes remain anonymous.

Normally, the manuscripts are grouped in three different periods. The first period runs from about 1500 to 1508 and is the so-called "Scribe B" period. Alamire was not yet working in Mechelen at this time and it seems that there was no organised scriptorium. The 'Vienna' manuscript Cod. 1783 represents this period.

The second period, which is the first Alamire-period, extends from about 1508, when Philip the Fair had died and Margaret of Austria had taken over, until 1518-1520, by which time Pierre de La Rue, a member of the chapel, had died and Charles V had moved to Spain (KELLMANN 1999, 43). The manuscript Mus. Hs. 15495 is the first manuscript of the second period and the manuscripts Cod. 4809, 4810 and 11778 belong to the last works of this period. Generally, the manuscripts start to be less luxurious towards the end of the second period. Paper has replaced parchment and the illustrations are less staggering and abundant.

The third period, the second Alamire-period, runs to 1534, when Alamire retired. In this stage the manuscripts rely less on the repertoire from the Mechelen court chapel and partbooks are used more often, as opposed to choirbooks in the previous periods. The Viennese partbooks Mus. Hs. 15941, 18746, 18825 and 18832 date from this period.

Many compositions are only transmitted in the Alamire-Manuscripts. Most of the repertoire is connected to the court chapel at Mechelen, with Pierre de La Rue as the most important composer. Yet, many compositions by Jean Mouton, Josquin des Prez and by other Franco-Flemish composers not connected this court are to be found in the corpus as well.

The Viennese manuscripts have been digitalized and are available online. The descriptions were prepared by Oscar Verhaar (Vienna / Utrecht, click on the shelf marks).

Codices of the Department of Manuscripts: