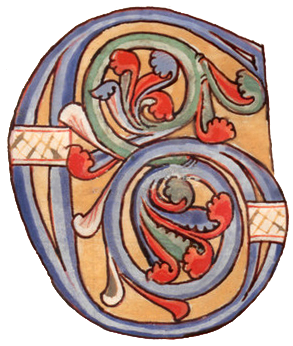 To the image database

On the following start page of the Image Database digitized copies and short descriptions of 80 medieval music manuscripts and some significant fragments are available. Short inventories of the feasts allow navigation through the books. In some cases full inventories are also available. Most of the codices have been digitized by the project team. Sources from the Upper Austrian Provincial Library Linz were also taken into account. The collection is to be successively supplemented by images of further manuscripts, not least by fully digitised sources from the Austrian National Library. Special thanks are due to the owners of the manuscripts for their permission to use the images. Further use of the images is only possible after prior consultation with the owners.

Manuscript digitisation at the Department of Musicology of the ÖAW

First experiences in photographing handwritten sources could be collected in the ÖNB cataloguing project. Several thousand digital images of the music fragments and manuscripts made by the project team are available on the project websites. Parallel to this, work has begun on digitising important medieval codices in other Austrian libraries and making them available on cantusplanus.at. Several thousand digital copies also had to be produced for the web archive www.bruckner-online.at. In order to further improve the quality of the images and to guarantee the integrity of the originals to be digitised, the Traveller's Conservation Copy Stand, a professional device for the object-friendly digitisation of the Graz University Library, and a professional full-format digital camera with fixed focal length objects were purchased in 2016. In 2018, a device for digitizing large-format choir books was purchased as additional equipment.

The indexing of the historical music archive Spitz was the most extensive digitization project with about 40,000 single images (www.digital-musicology.at, → Editions → Musikarchiv Spitz an der Donau). The large number of images to be processed made it necessary to further develop the workflows of the Picture Post Processing. Through self-developed, automated processes at command line level and professional Adobe applications, the processing time per image could be reduced from a few minutes to a few seconds.

In 2017, the innovative image server technology of the International Image Interoperability Framework (IIIF) was made available for projects of the working group. The images in high technical quality are made available via a IIIF server in the Mirador-Viewer. The data can also be accessed online via a IIIF interface. Mirador enables the display of images in highest resolution and various image manipulations such as rotating, changing brightness and colour settings, inverting etc. Text annotations are also possible to a limited extent. The IIIF-interface also allows the integration of the images into the web presence of cooperation partners. The metadata describing the music manuscripts will be successively supplemented and extended.